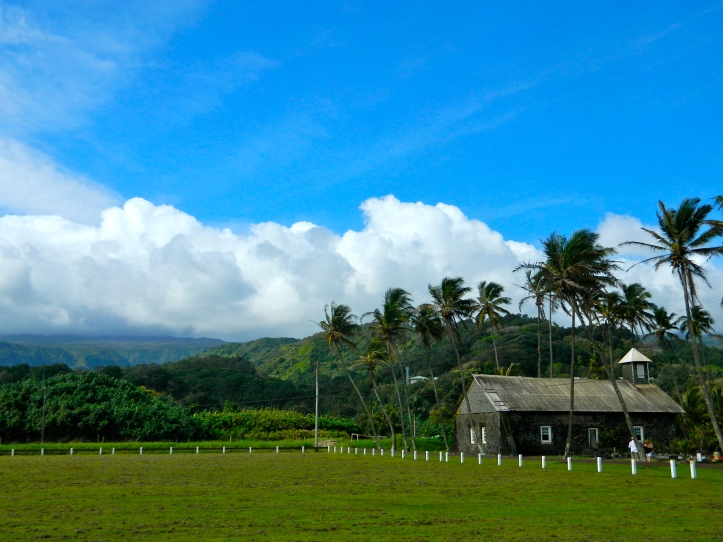 At the Keanae Peninsula, this is a church that survived a 1946 tsunami, on April Fool’s Day of all days, that wiped out an entire village. Built in 1856 of some apparently very sturdy stone and craftsmanship, it’s the only building that survived the deadly wave.

The peninsula is a beautiful part of the Road to Hana, with its serene beauty and some cool spots to see and listen to the waves crash against ancient lava rock formations.

Hard to imagine such devastation and destruction could’ve occurred in a place so peaceful.