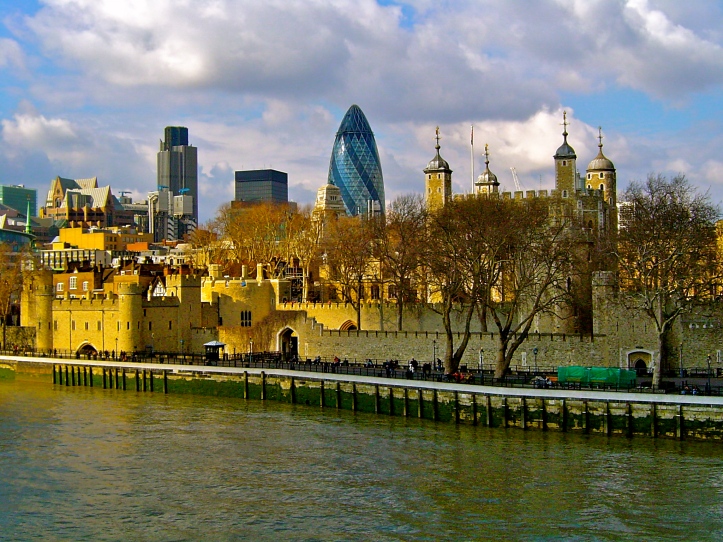 Tower of London on the banks of the River Thames…the original skyline of the early 11th century.