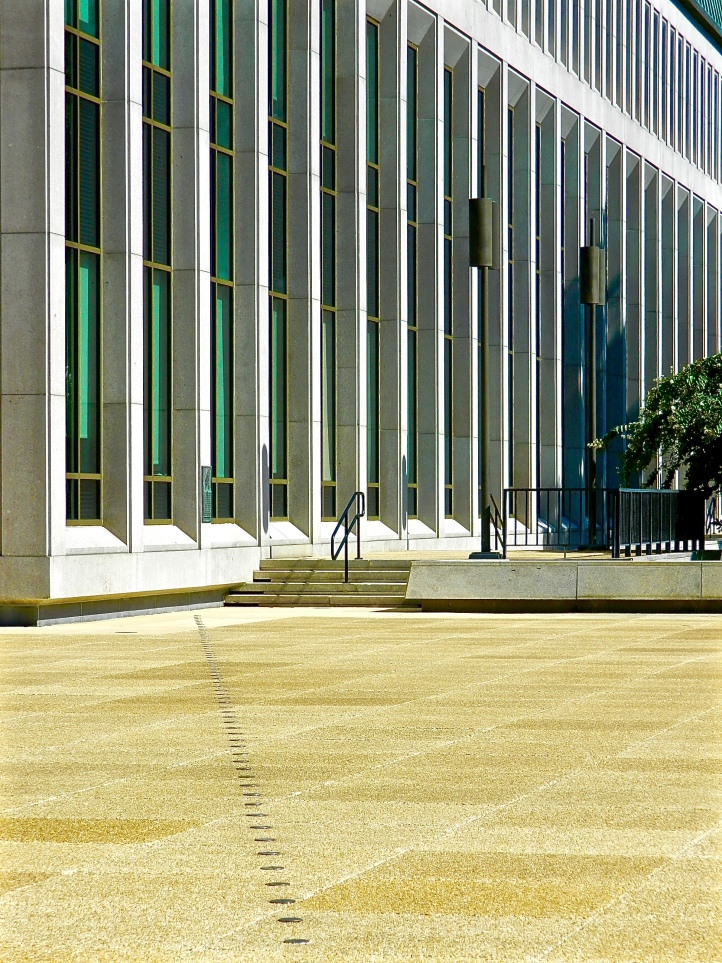 At Michelson Hall on the campus of the US Naval Academy.  The building is named after the first American to win the Nobel Prize, Albert Michelson, who is most well-known for documenting the speed of light. The brass markers on the ground above trace the path of light speed experiments he conducted at the Naval Academy in the 1870’s.

Makes me think of my own speed of light experiments as a kid.  I would flick the light switch on the wall and try to be in the bed before the room got dark.  I lost every time but still believed I was pretty quick on my feet, nonetheless.  I eventually went on to make All-State (New Jersey) Honorable Mention in high school track.  That early practice seemed to produce a misplaced confidence that ultimately paid off a bit.